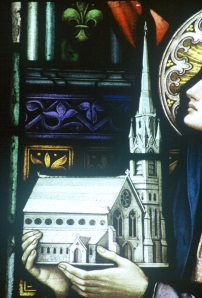 Not many may know this or even in fact care but Irish politics is heading for a little bit of a showdown on the battles we thought we may have left behind in the mid 1990s. In a conversation with a friend of mine recently, I made a stark realisation that many of the dynamics of Irish political culture (the ways in which things get done as opposed to the kinds of things get done) have not changed much at all. One might be forgiven for thinking that with globalisation hitting Ireland since the mid 1980s, a new found prosperity, more SUVs on the roads and David McEconomist doing the rounds again that there’s no place for the institutional Catholic Church in matters of politics these days. Not so and here’s why.

The institutional Catholic Church in Ireland is rethinking its place in the political sphere. There is a new found confidence in the step of those 33 men that govern the institution. I make a distinction between the institution and the Catholic people of Ireland because they operate on different positional spaces. It might be hard for some to understand but the 33 men who are the Catholic bishops of Ireland meet in conference four times per year to discuss matters operational and theological. These conferences are of course bound by the same political limitations and imperatives as any other star chamber. One of these is the formal structure set up by the Irish government to interact with the churches and other faith groups in the Republic. Matters of common concern are and will be discussed in this forum. Educational polic, same sex unions and policy matters relating to the family are all discussed at meetings like these.

While the time for institutional self-flagellation over child sexual abuse allegations is far from over, many of the coming policy battles will see an increasingly non-interventionist and seemingly politically neutral State clashing with a Church that wants to dip its toes back into the big ‘morality issues’ of the day. And it has all of the big theological guns lined up too. The institutional Catholic Church is a broad one, a beast with many heads, some of which appear compassionate, others alarmingly reactionary. Equality of family form before the legal structures of the State is one where the seemingly consensus based nature of the Irish political culture will come under severe strain. The older fault lines of the 1980s and later will re-emerge and unreconstructed in format and tone too. I am not going to credit the Iona Institute for this being brought on to the table again because David Quinn would like that. I am not going to do what David Quinn likes. There is an ambiguity about many of these issues though at the heart of the institution. Some of the thirty three enjoy the topics that right wing reactionary pressure groups like the Iona Institute bring up; others are waiting for the jury to return, i.e. hedging their bets. As I said, not much has changed in the last twenty years or so.